Emergency responders and public safety agencies are uniquely impacted by the advent of new technologies and trends in transportation, communication, and city management. While other industries and markets can transform or disappear as new technologies emerge, emergency responders must continuously adapt their practices, tools, and protocols to remain effective to the communities they serve. The Fire Apparatus Manufacturers’ Association (FAMA) prioritizes safety and efficiency in fire equipment and apparatus standards, and these two characteristics are defined and impacted by modern technology. The 20th century, for example, saw the introduction of major technological changes that shaped fire service and emergency response as we know it. At the turn of the century, automobiles suddenly equipped emergency responders with reach and mobility, and the introduction of lights and sirens provided critical tools for alerting the public. By 1970, community investments in telecommunications enabled the launch of 911 and similar emergency telephone number services around the world. Computers and distributed software similarly changed first responder operations by introducing digital record keeping and similar tools that are now standard in public safety agencies everywhere.

Of all the major technological shifts expected in the 21st century that will impact emergency response, the arrival of connected and autonomous vehicles will bring the most significant changes. Fueled by the increasing sophistication of automotive technology and growing government investment in smart and connected city infrastructure, roadways across America are changing overnight and now include self-driving and partially autonomous vehicles driving alongside traditional cars.

For first responders, understanding and adapting to this technology is an unavoidable but necessary requirement. Several vehicles in self-driving mode have already been involved in crashes involving responders and may have reacted unexpectedly to signals and actions by emergency vehicles and pedestrians. But, these technologies also offer new tools and services to responders that can protect them in the field, reduce operational expenses, and increase community safety.

There are several types of connected cars in the field today. These vehicles differ primarily in the method of communication they use. Cellular-connected vehicles are well-known and already in deployment in most communities. By now, most responders and motorists are familiar with services like OnStar from General Motors. The continuous improvement of cellular networks from 3G, 4G/LTE, and 5G have enabled more advanced communication within and between vehicles. Most vehicle-to-vehicle (V2V) communication today is done through one of two systems. Dedicated Short Range Communications (DSRC), a WiFi-based technology first introduced two decades ago, enabled short- and medium-range communication between vehicles and smart infrastructure such as lights and traffic signs. Cellular vehicle-to-everything (C-V2X), introduced in 2017 and now in deployment in a growing number of cities, offers optimized long-range communication between vehicles with much less infrastructure investment required.

In addition to cellular-connected vehicles, autonomous vehicles, commonly understood as self-driving cars, have quickly developed from futuristic concepts to real-world products. These cars sense and navigate the environment around them without human input by using a variety of technologies including cellular, GPS, radar, Lidar, cameras, HD maps, and computer imaging. Vehicle autonomy is measured on a six-level scale ranging from no autonomy to complete autonomy, and today’s autonomous vehicles (such as Teslas and Cadillac Super Cruises) are rated Level 2 or Level 3 in some advancements.

Higher-level autonomous vehicles are already in development and in limited deployment through companies like Waymo, Cruise, and in the form of low-speed shuttle services. The more complicated task of full autonomy requires highly advanced and costly sensors, which may keep fully autonomous vehicles limited to fleet operators for the short-term. Still, responders are encountering these advanced vehicles with more frequency every day. To help first responders better understand their self-driving cars, Waymo recently released a video which can be found in the following weblink:  https://m.youtube.com/watch?v=7G0a1PRAtaM.

Most importantly, the entry point to connectivity for all vehicles is now lower than ever. Millions of vehicles and motorists today use navigation applications and similar cellular services through their mobile devices and in-dash systems, streaming real-time data for everything from travel assistance to general entertainment. For first responders, these behaviors in drivers mean more distracted drivers and hazardous roads. But rather than surrendering to the wave of consumer-focused connected car solutions, emergency responders are now harnessing these tools to improve awareness, optimize responses, and protect themselves and their fleets in the field. Cellular technology is being used to distribute digital alerts to drivers through in-dash systems and navigation apps when responders are active nearby in order to prevent collisions and enhance compliance with Move Over laws. Advanced telematics systems and fleet tracking services provide departments with direct insight into where their crews are, how their vehicles are performing, and incident clusters. Smart city projects are incorporating real-time first responder data into everything from disaster planning to intersection stoplight timing to improve transportation and travel times and optimize interagency coordination.

Recent developments in federal policy on connected vehicles and first responders are likely to accelerate the adoption and deployment of these technologies among public safety agencies and consumers even further, however, there is a lot of change happening. The communication band that is used for V2V (DSRC and C-V2X mentioned above), the 5.9-GHz band, was solely used for V2V using DSRC over the last nearly 20 years and had been barely deployed by the automotive world. Now the Federal Communications Commission (FCC) has deemed that the bandwidth was underutilized by automotive and just two days before writing this article, the FCC announced that it will preserve only a portion of the 5.9-GHz band exclusively for V2V communication technologies and C-V2X for safety purposes. Stay tuned to these activities as this is a hotly debated topic in Washington. This is why it’s critical that public safety departments can still use the standard 3G, 4G/LTE technologies for V2V over cellular as direct V2V is still in flux. In addition to the FCC debates happening, federal legislators announced the introduction of the Protecting Roadside First Responders Act, which calls to equip all federal fleets with digital alerting and other advanced crash avoidance technology. Click HERE for more information.

First responders must constantly balance their reliance on proven practices with proactive efforts to stay effective in the field. Like any other technology, there will be no “light switch” moment for connected vehicles, when suddenly motorists will stop using traditional vehicles and start using advanced tools. The time for departments to adopt connected safety technology is now; these technologies will continue to evolve and improve the same way cellular and computer technologies consistently advanced over time, and the best way to benefit from them is to use them early. Luckily, today’s connected safety solutions are easier to adopt and produce results more rapidly than legacy technologies while also requiring much less investment in infrastructure and maintenance. FAMA also works closely with industry leaders and innovators to guide the development of new solutions that improve safety and efficiency. Emergency responders are best served by building on the investments and efforts already underway in communities to deploy smart and connected transportation services where possible. Otherwise, by taking the lead in adopting low-cost, high-impact connected safety technologies such as digital alerting and fleet tracking, responders can immediately benefit from solutions that are compatible with the fleets they’re already operating. 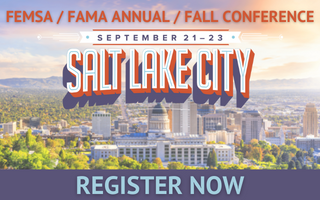 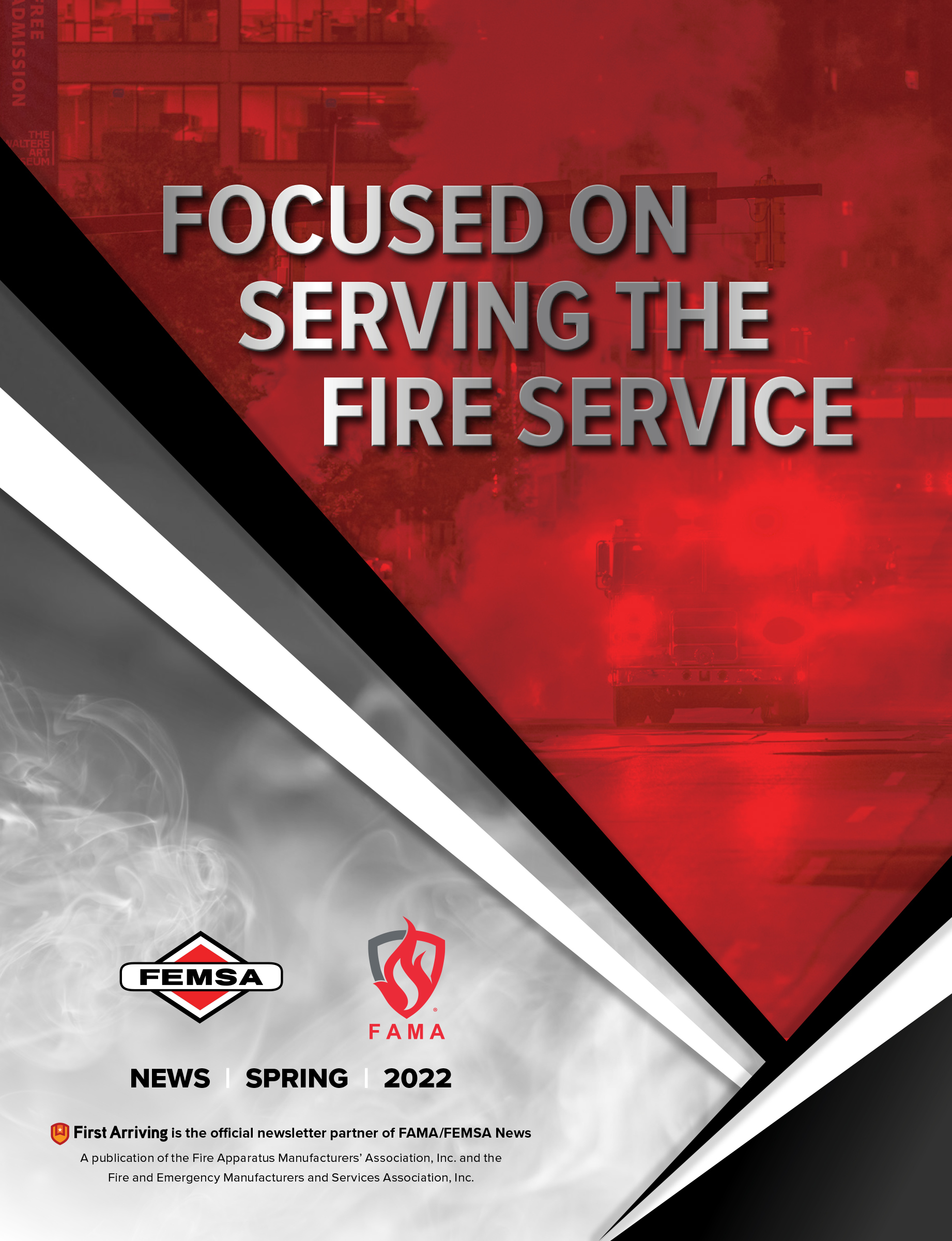